Locast is a Silicon Valley startup that’s offering an alternative to cable companies, streaming live TV over the internet without any monthly fees or contracts. You can watch free local channels like ABC and NBC for now, but more content will become available with time.

Locast is a free live TV streaming service that allows users to watch local channels from their computer. The service is not perfect, but it’s still a great alternative to cable TV. 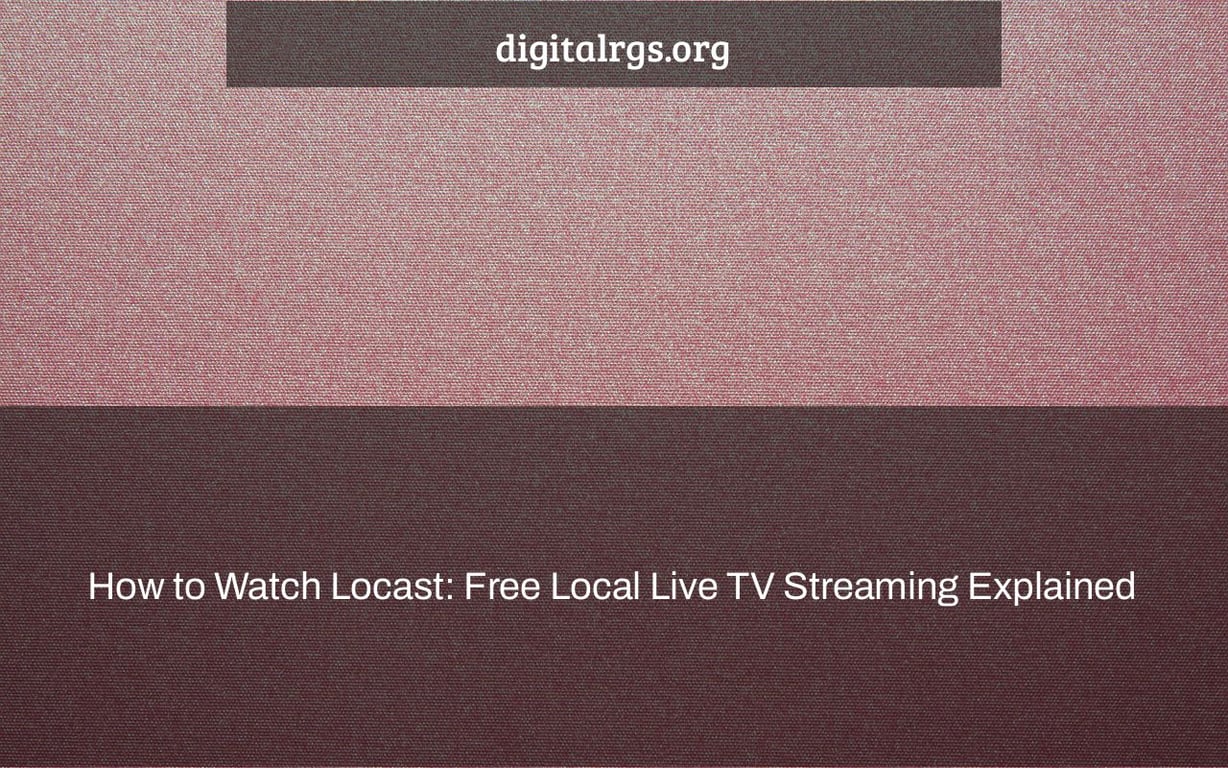 Locast is a free streaming service that gives you access to local live TV stations for free. Locast is rather simple to use, yet there are several constraints that will limit the service’s availability to many users. The most important is that Locast is not yet accessible in all areas. Another drawback is that, despite the fact that the service is free, some users may find themselves paying a monthly fee for continuous streaming.

Free TV streaming services have been more widely available over the last several years. Some services provide free on-demand access to movies and series using a Netflix-like interface. Then there are some that provide free live TV access, but not always the most popular or important networks.

Locast differs from the others in that it seems to provide access to prominent local live TV networks such as ABC, Fox, NBC, CBS, and PBS. Before you start using Locast, here’s everything you need to know about the free local live TV streaming service.

Yes, Locast is completely free. Locast does not need a fee or a paid membership in order to stream channels. This is feasible because Locast is a non-profit organization that does not charge clients for internet access to local broadcast stations. Because these channels are streamed, there is no need for any extra technology, such as an antenna, that is generally needed to view local broadcast TV. 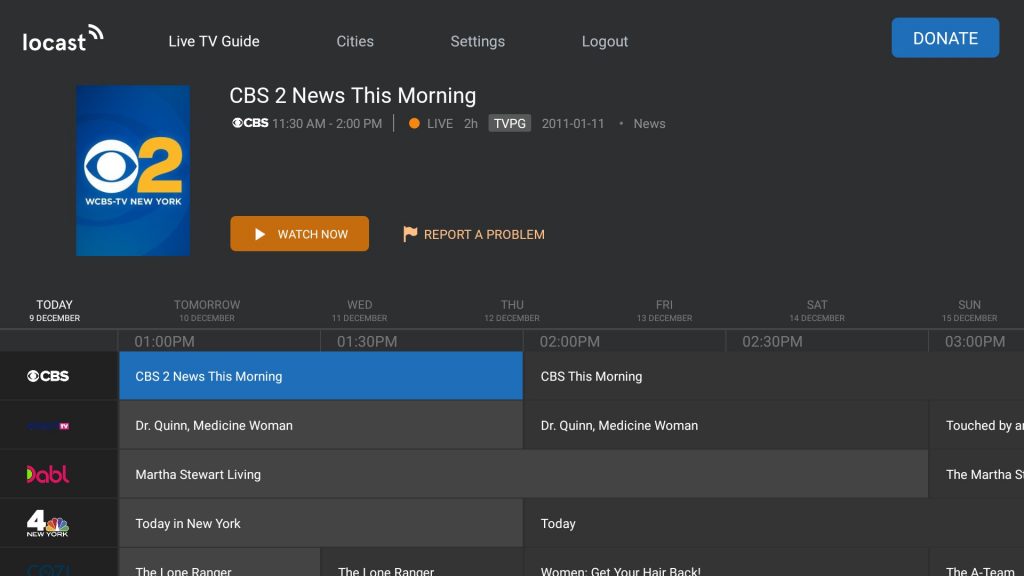 Locast is the source of this information.

While Locast is free and claims to be a not-for-profit organization, it is now being sued by some of the biggest names in broadcast television. The lawsuit’s central claim is that certain channel owners want the service shut down because Locast has not agreed to any carriage agreements with them. Locast believes that it doesn’t have to since it is a non-profit organization that is ensuring customers’ lawful access to these stations.

Another exception to the really free argument is that, although Locast does not charge subscribers, it does solicit contributions to help fund the program.

Users are not obligated to give, however there have been several instances of aggressive usage of contribution requests during playing. These messages basically disrupt the watching experience, and for some, contributions are required to assure a continuous and dependable experience.

Locast is not accessible in every location.

One of the primary drawbacks of Locast is that it is not now accessible across the United States. Furthermore, it is unlikely to be offered in the United States very soon. Instead, the service has concentrated on a cautious and methodical launch that covers cities, or portions of cities, that are gaining traction. 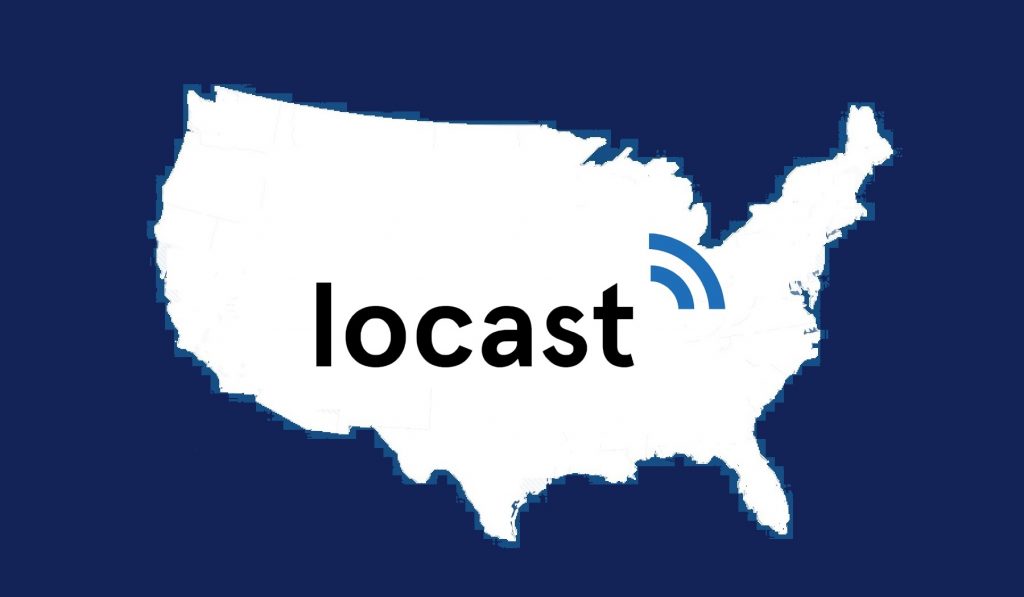 Locast is not currently available in every country.

As a consequence, whether or not someone may utilize Locast is mostly dictated by their location. Because this is a local live TV service, even utilizing a VPN to fake a location won’t help much because they won’t be able to access their local live TV stations as they should.

Locast does not disclose specific information about its development plan to users in unsupported locations, thus it is impossible to predict which cities will be supported next or when they will.

Locast cites its ongoing efforts to “modernize the transmission of broadcast television” as one of the reasons for the sluggish deployment. The necessity to provide new technology and solutions to aid with the distribution of local live TV to a streaming device is part of that modernization drive. Locast, for example, cites “equipment, bandwidth, and operational support” as some of the most significant financial challenges it confronts when expanding to new places, which is another reason for the service’s appeal for contributions.

When it comes to giving, it’s worth noting that Locast doesn’t ask for a one-time payment; instead, customers must sign up for a monthly commitment. While payment amounts may be as little as $5, since this is a regular monthly payment, it functions similarly to a membership fee, albeit one that is voluntary.

The Locast app may be downloaded here.

Locast does not need any extra gear, such as antennae or tuners, since it transmits local live TV stations via the internet. Instead, consumers may watch Locast by going to the service’s main website or downloading the Locast app.

Locast is now compatible with a wide range of platforms and operating systems, so getting the software shouldn’t be a problem. Of course, installing the app is one thing, but if the service isn’t available in a certain area, users will discover that after the app is installed and launched on a device, they won’t be able to do much else.

Despite its limited city coverage, Locast is a service that is widely available on a variety of devices and platforms, including the main TV-optimized operating systems.

The following platforms are compatible with Locast:

Devices having access to any of the platforms listed above’s app or channel stores will be able to download the Locast app or channel and begin streaming immediately.

The following set-top boxes and streaming devices are supported:

On a smart TV, watching Locast

While Locast seeks to provide users with local live TV access in their homes, the service is mainly absent from the platforms of many of the major first-party smart TV manufacturers. Locast, for example, is now unavailable on Samsung, LG, and Vizio smart TVs that run their own operating systems.

Any smart TV running Android TV, Fire TV, or Roku OS, on the other hand, should be able to access the service without trouble. This offers a broad range of models from a number of well-known smart TV manufacturers.

Although not every smart TV from the aforementioned companies will work on Android TV, Fire TV, or Roku, any smart TV that does should be able to download Locast from the Google Play Store, Amazon App Store, or Roku Channel Store.

Locast TV: How to Get Started

Once a customer has confirmed that Locast is available in their area, that their chosen streaming device is supported, and that the software has been downloaded, getting the service up and running is rather simple.

There is no free trial to take advantage of since Locast does not charge customers to view local live TV. There’s also no need to set up a payment plan or even enter any payment information. To begin streaming, customers must first create a Locast account. 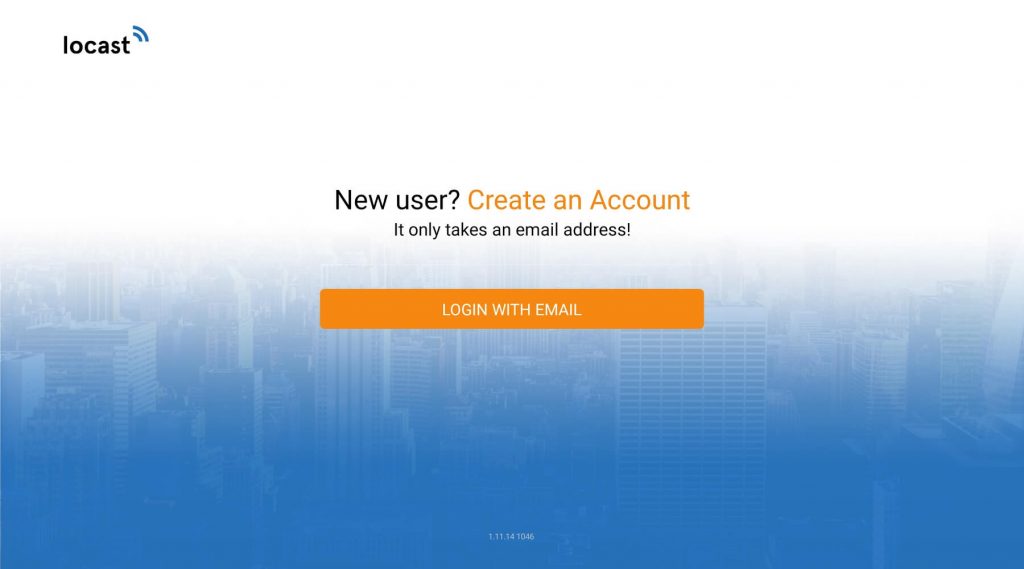 Locast Google Play Store is the source of this information.

To create a Locast account, all you need is an email address right now. Before installing the app, users may create an account either directly in the app or on the Locast website.

When visiting the app for the first time after creating a Locast account straight via the service’s main website, the customer will simply need to provide their email and password.

Once a person has made an account and signed in, they may go to the ‘Live TV Guide’ section to check what local live TV channels are available in their region. 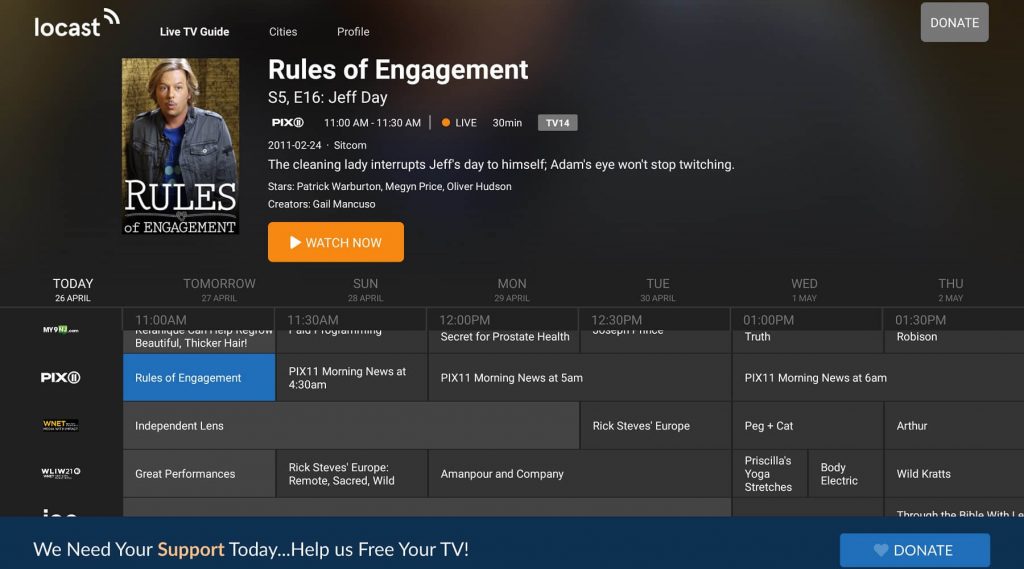 Locast Google Play Store is the source of this information.

When a user selects one of the listed channels, an orange ‘view now’ icon appears, which the user may click or press to begin streaming that local live TV station right away.

What is the best way to see the Locast summary?

Because Locast does not need a membership or payment information, getting up and running and viewing it is rather simple. Instead, customers can just enter their email address, download the app, and begin watching local live television.

However, there are two major limits that are likely to affect a large number of customers. The first and most important issue is that Locast is now only accessible in a few places throughout the United States. The second big constraint is device compatibility, which presently only includes smart TVs and devices that operate on the major streaming platforms.

How do I watch live TV on Locast?

A: Locast does not offer live TV streaming. However, you can watch a variety of different shows and movies through your PS4, Roku device or Apple TV 4K

A: Locast is 100% free and does not charge anything.

How can I stream live TV channels for free?

A: A good option is to use a VPN service. There are many free and paid TVs that require this for subscription, so you can go with the cheaper one if you need it or just pay for your favorite channel individually on TV provider websites like SlingTV.